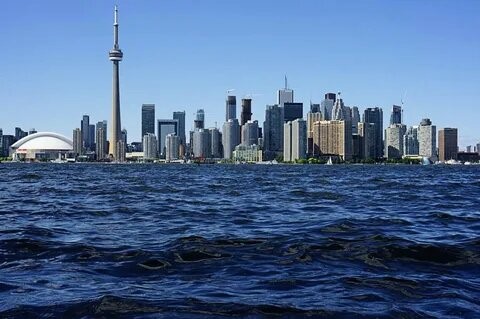 Moscow Polytechnic University will take part in the international exhibition of inventions and innovations "iCAN-2020", which will be held in Toronto, Canada 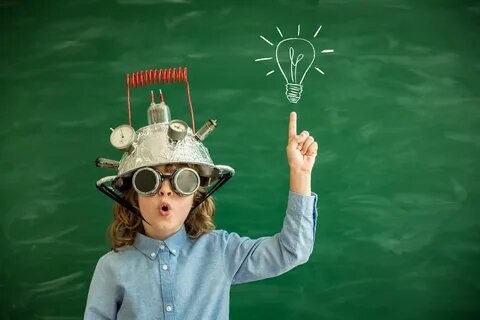 Moscow Polytechnic University will take part in the 64-rd International Technical Fair, which will be held in Belgrade, Serbia
All news
00 00

STC “Industrial Design” functions since 1987 in pursue of solving the tasks in the field of study of industrial design. It is a studio of industrial design and the enterprise-developer, rendering services and operating in the sphere of industrial and transportation design due to vast experience, and capable to solve non-standard tasks in a mobile mode with individual approach to each project.

Industrial Design is a field of activity wherein the different topics projects are being implemented, starting with developing of test small – size casings for specialized appliances and ending with industrial development of printing. This allows implementing industrial engineering and developments in the framework of separate services, and a full-scale project with development of the style and technological concept, inclusive development of pilot, pre-series industrial design samples with preparation for production.

In pursue of solving the tasks on development and tests of engineering mechanics functions STC “Power Units”, scientific activity of which is aimed at creation of new technologies and science-intensive products in the sphere of small power engineering. While in the process of implementing projects, the STC “Power Units” employees work in the following fields:

1. Theoretical research of the tasks set, conduct of mathematical modelling of physical processes occurring in the energy systems being developed, as well conduct of calculation research works, inclusive in such media of imitation modelling as as LabVIEW and Matlab (Simulink). 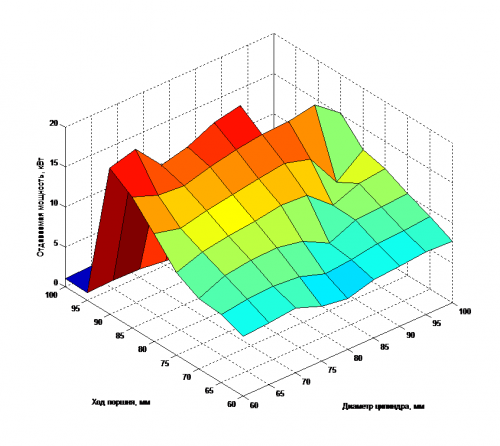 2. Formation of engineering documentation set for pilot samples in compliance with the USDD Requirements.

3. Creation of 3D models of mock up and test samples in such automatic designing systems as NX, SolidWorks и AutoCAD. 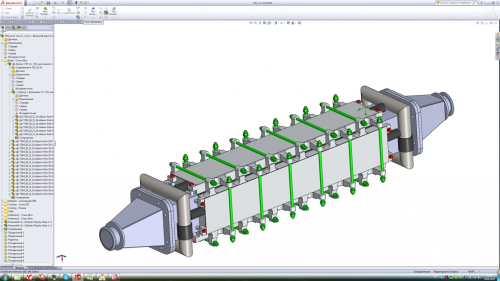 4. Computer modelling as per compliance of developed 3D models with required parameters in the media SolidWorks (FloWorks), Etc. 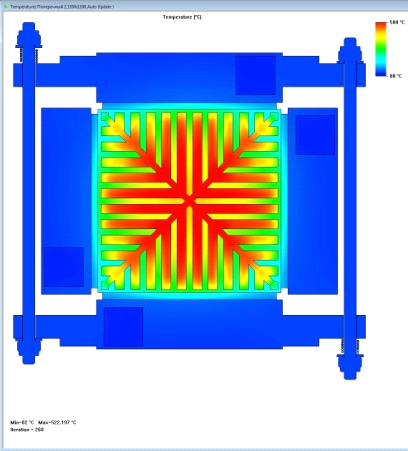 5. Technical supervision of the works on manufacturing and mounting of test samples.

6. Conduct of bench tests of developed units and devices of power plants.

For conducting high technology, research works in the field under the subject matter of interrelation of digital optics and holography there functions STC “Optoelectronics”, the most prospective work of which is conversion of an image formed at the registration matrix of a camera into digits – digital mass. With such a digital mass, one may implement multiple various operations, which allow, in particular, considerably upgrading of an image quality as well as transferring it via different communication channels.

Major distinction of developed process is in the fact that digital hologram keeps the information not only of distribution of the object image intensity - in fact, this is a photograph, but also on the light field wave front inflowing onto the registration matrix.

In a holograph scheme to the subject field of a light wave one more wave is admixed – a bearing wave and thus one register distribution of intensity of interference picture between the subject and bearing waves. That is it, which contains full information about the wave front. This is the main strong point in holography! It turns out that the knowledge about wave front gives information about the scene depth – meaning which object is located farther and closer to a spectator. Meaning that a wave front allows identifying volumetric parameters of a scene, where different objects are located, or the shape of a separate object, if a “scene” consists from one object. As it concerns digital holography, then it goes without saying that distribution of a light field intensity and its wave front is determined by means of certain calculation algorithms.

Usually, digital holograms are recorded in the coherent light, i.e. in the laser source light. This has a number of drawbacks to which may be referred optical noises, so-called speckles, inevitably present in the laser light.

In our major works for the first time, it is proposed and experimentally proved new field in digital optics, namely:

Recording of hyper-spectral holograms of micro objects in non-coherent light, based on principles and technique of Fourier – spectroscopy. As hyper-spectral holograms are recorded in non-coherent emanation, it opens feasibility of topical and important applications of this method, for example, in research of bio-objects under terahertz and farther infrared ranges, as in these ranges sufficiently cheap and obtainable sources of coherent emanation are lacking.

Scientific and Technical Center “Polygraphic and Innovation Technologies” was established in pursue of development and implementation of unified scientific and innovation policy, upgrading of mechanisms and forms of its implementation for sustainable development and competitiveness of scientific potential of Moscow Poly in the sphere of polygraphic and packaging production and adjacent areas.

Moscow Poly , being the basic branch higher education entity and scientific-research center, in pursue of providing system integration of education and science for the sake of production laid upon itself the mission of managing the quality of printed products, materials and services in the sphere of publishing and polygraphy, solving two interrelated tasks:

Scientific and Technical Center “Polygraphic and Innovation Technologies” of Moscow Poly is an independent expert assessment entity in the sphere of publishing and polygraphy, the status of which is confirmed by multi-year work experience.

Vice-President for Research and Development:
Arkady A. Skvortsov
a.a.skvortsov@mospolytech.ru