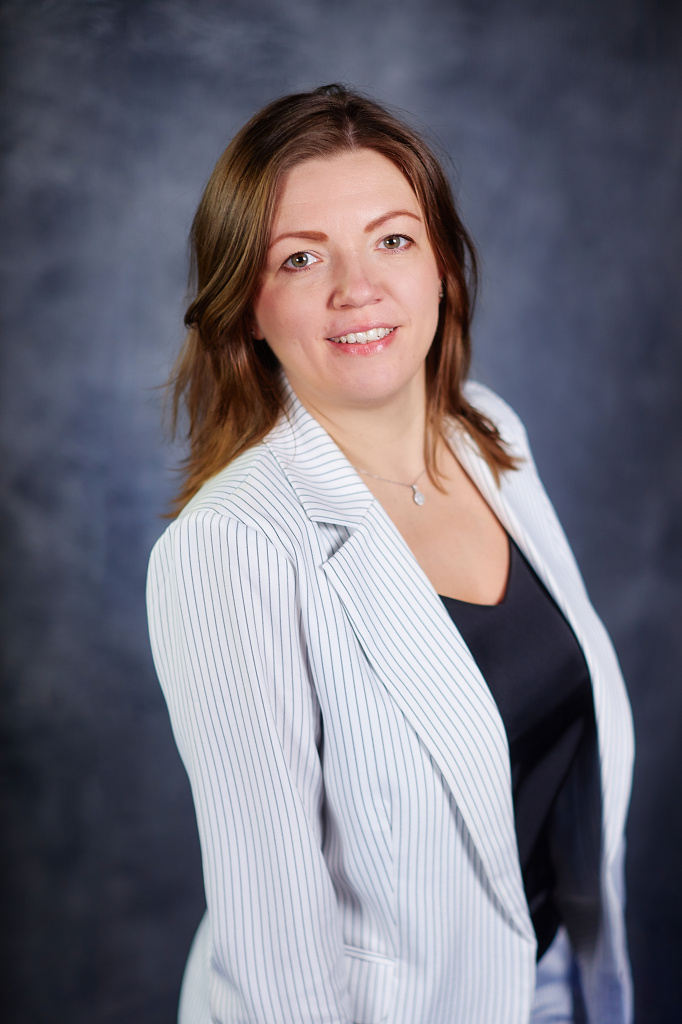 In 2003 graduated from Moscow State Part-time Metallurgical Institute (MGVMI) on specialty “Physical Metallurgy and Heat Treatment of Metals”, in 2009 on specialty “Economics and Management at an Enterprise”.

In 2008 defended her thesis for the scientific degree of Ph.D. (eng).

From 1998 to 2008 worked in positions of Laboratory Assistant, Training Master, Senior Teacher of the Department “Physical Metallurgy and Heat Treatment of Metals”.

From 2009 to 2013 – Associate Professor of the Department “Materials Science” of Moscow State Technical University “MAMI”, the Moscow State University of Mechanical Engineering (MAMI).

In 2013 received a scientific title of Associate Professor.

From March, 2013, to May, 2013 – Acting Deputy Director of the Technology Institute of the Moscow State University of Mechanical Engineering (MAMI).

In 2015 was awarded with an Honorary Certificate of Merit of the Ministry of Education and Science of the Russian Federation for the long-standing fruitful work for development and improvement of the educational process, for a formidable input to the training of high-skilled specialists.

From September, 2015 to August, 2016 – Director of the Engineering and Design Institute of the University of Mechanical Engineering.

Since January, 2017 – Director for Educational and Research Projects of Moscow Polytechnic University.

Since June, 2018 – Director for Educational Work.

Gyuzel Kh. Sharipzyanova is engaged in research and pedagogic activities, works as Associate Professor at Department “Metallurgy”, Head of the educational program “Innovations in Metallurgy” of Moscow Polytechnic University.